In order to demonstrate a range of our capabilities, following are some examples of projects we have undertaken: 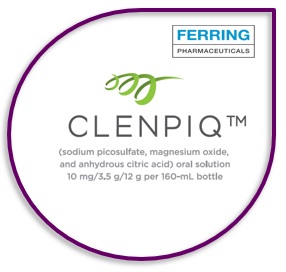 n which was approved by the United States Food and Drug Administration (FDA) in November 2017.

Colorectal cancer is the third most common cancer and second leading cause of cancer death in the Unites States. Colonoscopies can help reduce the incidence of colorectal cancer and deaths associated with this disease.  An effective bowel preparation is an important step towards achieving a successful procedure.

The chosen design successfully reflects CLENPIQ’s points of thematic difference and positioning, expressing through the stylized logo concepts such as modernity, dynamism, fluidity, clarity and simplicity.

A first-of-its-kind product based on the fluralaner molecule for the treatment of poultry red mite and northern fowl mite infestations, EXZOLT® provides 99%+ efficacy agai 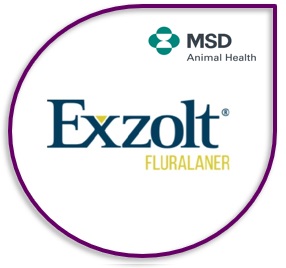 nst indicated mites in poultry farms and is fully licenced for use in the EU and many other countries around the world.

Conveniently administered via drinking water, EXZOLT® also improves poultry welfare by reducing stress associated with other forms of treatment, and minimizes the exposure of workers and birds to chemical sprays. Previously available treatment options are labour-intensive and/or have achieved limited success in eliminating or controlling infestations.  Mite infestations affect poultry workers as well, causing gamasoidosis, a skin condition characterized by rash and itching.

With uplifting associations, and impactful overall look and feel, EXZOLT® offers a high degree of category stand-out, is concise, snappy and uniquely memorable.

PLENVU® (NER1006) is a novel, low-volume (1-litre) PEG-based bowel preparation for cleansing of the colon in preparation of colonoscopy. Effective bowel prep 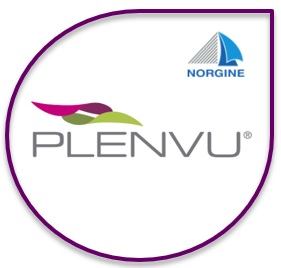 aration is an important factor for a successful colonoscopy and for detecting adenomas and polyps.

Granted marketing authorisation by the UK’s MHRA (Medicines and Healthcare Products Regulatory Agency) in October 2017, under the EMA’s decentralised procedure, with the UK a s reference state, PLENVU® has subsequently attained additional approval with the Belgium and Danish regulatory authorities with other European countries expected to also greenlight. 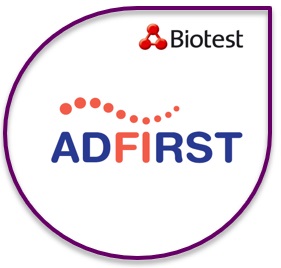 The visual representation is complemented by a spine-shaped icon reflective of effective blood loss control rendered through a scale of blood droplets of decreasing sizes.

Currently under development by UCB, bimekizumab is an investigational humanized IgG1 monoclonal antibody specifically designed to potently and selectively inhib 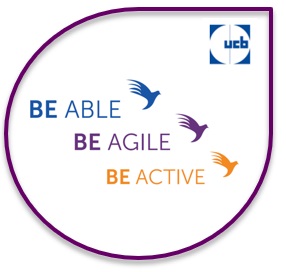 it the biological function of both IL-17A and IL-17F, which are key pro-inflammatory cytokines involved in chronic inflammatory processes driving the pathophysiology of many severe diseases including skin and joint disorders.

Purple Fire partnered with UCB to develop a family of names, and visual designs, for the current and future bimekizumab clinical trial studies.

A wide range of potential names were initially generated for UCB’s bimekizumab 2b clinical studies before finalising a group of trial candidates prefixed by “BE~” (denoting bimekizumab evaluation).

As the programs proceed, the preliminary study names (BE ABLE, BE AGILE and BE ACTIVE) will be followed by further trials which also employ the same easily extendible family structure and graphic look and feel.

Omega Pharma, the specialist company in over-the-counter medicines and healthcare products, asked for development of a variety of benefit-indicative sub-brand descriptors 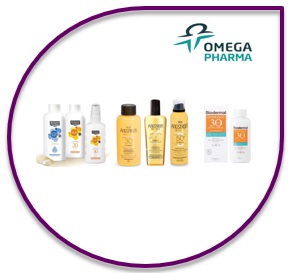 for application across a broad range of their European sunscreen brands.

Purple Fire generated a wide diversity of suggestive and associative name candidates which were all required to be easily recognised, and seen to be identifiably meaningful, by audiences throughout the target market areas.

Initially-launched function indicators include Hydraxol, Instadry and Perfexol and which are incorporated into the product hierarchies for sun care products marketed regionally under the Bodysol, Angstrom and Biodermal brands.

Purple Fire partnered with MSD Animal Health, known as Merck Animal Health in North America, to develop the brand name BRAVECTO for their new orally-administered product indicated for the treatment of tick and flea infestation on dogs. 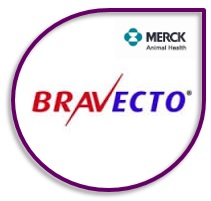 The first and only treatment that has been shown to quickly and effectively kill fleas and ticks for up to 12 weeks in a single dose, BRAVECTO (fluralaner) chewable tablets work quickly and last longer than previously available once-monthly treatment options.

Loosely derived from ‘bravura’ and ‘ectoparasiticide’, BRAVECTO™ combines both aspirational and functional connotations, has positive associations, is easily pronounced and recalled across multiple markets.

Following a positive opinion from the Committee for Medicinal Products for Veterinary Use (CVMP), the European Commission granted the marketing authorisation for BRAVECTO in early 2014 prior to launch in several European countries from April 2014. 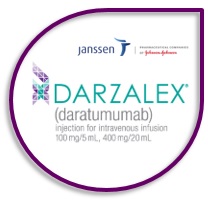 Approved by the FDA in November 2015 for the for the treatment of patients with multiple myeloma who have received at least three prior lines of therapy, DARZALEX® is the first human anti-CD38 monoclonal antibody (mAb) approved anywhere in the world. Its approval comes just two months after the Biologics License Application (BLA) was accepted for Priority Review by the FDA in September 2015. DARZALEX® had also received Breakthrough Therapy Designation from the FDA for this indication in May 2013.

The third most common blood cancer in the U.S., multiple myeloma is an incurable blood cancer that occurs when malignant plasma cells grow uncontrollably in the bone marrow.  DARZALEX® represents a new era of myeloma therapy focused on individualized treatment approaches for patients with significant unmet needs. 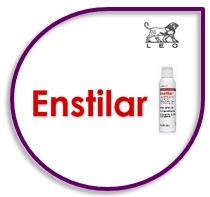 Approved by the FDA in October 2015 for the topical treatment of plaque psoriasis in adults 18 years of age and older, ENSTILAR® (calcipotriene and betamethasone dipropionate) is a once-daily, alcohol free foam formulation in a pressurized spray can that allows application across large affected body areas.

Developed to treat patients with psoriasis vulgaris – the most common clinical form of psoriasis – ENSTILAR® combines a vitamin D analogue (calcipotriol) with a potent corticosteroid (betamethasone dipropionate) to achieve a normalizing result on the skin cells and promote a greater anti-inflammatory response than the monotherapy components alone.

Derived from the concept of “stilling”, ENSTILAR® successfully conveys a sense of calming action through both implied meaning and smooth-flowing tonality. 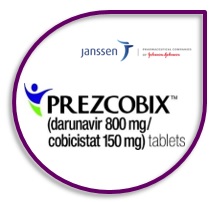 Known in European markets as REZOLSTA™, PREZCOBIX™ received FDA approval in early 2015 and is also available in Canada. 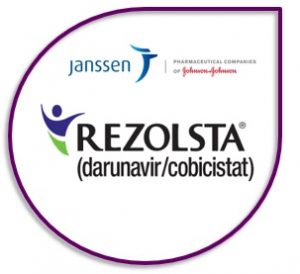 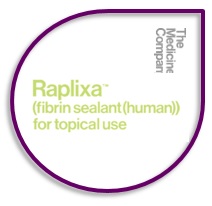 Approved by the FDA in April 2015, RAPLIXA™ (Fibrin Sealant (Human)) is a fibrin sealant comprised of human-plasma derived fibrinogen and thrombin that is indicated as an adjunct to hemostasis for mild to moderate bleeding in adults undergoing surgery when control of bleeding by standard surgical techniques (such as suture, ligature and cautery) is ineffective or impractical.

RAPLIXA™ is used in conjunction with an absorbable gelatin sponge (USP) and is applied directly or using the RaplixaSpray™ device.

Coined from “rapid application”, RAPLIXA™ identifiably conveys some of the significant functional benefits of the new hemostasis treatment. 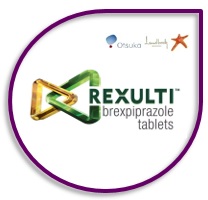 Schizophrenia is a chronic, severe, and disabling brain disorder whose symptoms are first seen in adults younger than 30 years of age which include hearing voices; believing other people are reading their minds or controlling their thoughts; and being suspicious or withdrawn. MDD, commonly referred to as depression, is also a severe and disabling brain disorder characterized by mood changes and other symptoms that interfere with a person’s ability to work, sleep, study, eat, and enjoy once-pleasurable activities.

Discovered by Otsuka and co-developed with Lundbeck, REXULTI is co-marketed by the two companies  Offering upbeat, optimistic tonality, REXULTI evokes potential associations around “exultation” and “positive results”. REXULTI was launched in the US in August 2015. 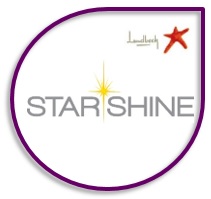 A global pharmaceutical company committed to improving the quality of life for people suffering from brain diseases, Lundbeck’s products are targeted at diseases such as depression and anxiety, psychotic disorders, epilepsy and Huntington’s, Alzheimer’s and Parkinson’s diseases.

Purple Fire was asked by Lundbeck to develop a compelling and memorable clinical study name for Phase III trials of Lu AE58054 – for Alzheimer’s disease (AD) – as well as generate an accompanying design to graphically express the new identity.

Based upon the concept of providing AD patients, their care-givers and associated medical professionals with assistance in ‘navigating’ the treatment of the condition, STARSHINE (STudy in AlzheimeR’s diSease with the 5HT6-antagonist AE58054: effIcacy aNd tolerability) successfully conveys ideas of illumination, hope and aspiration within the therapy area.

To complement the study name, Purple Fire explored logos and iconography to communicate a sense of positivity and light-inspired directional assistance. The selected rendition distinctively reflects ideas of both simplicity and boldness whilst subtly echoing the corporate ‘star’ theme.

STARSHINE is the first in a series of Purple Fire-developed trial names for Lu AE58054. Subsequent studies include STARBEAM and STARBRIGHT which also employ stellar imagery. 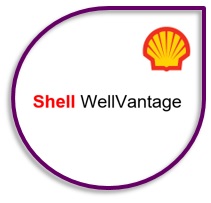 A global group of energy and petrochemicals companies with presence in over 70 countries and territories, Shell helps to meet the world’s growing demand for energy in economically, environmentally and socially responsible ways.

Following name development and subsequent linguistic acceptability screening, WellVantage was selected from the finalist candidates thanks to its intuitive accessibility, fit to corporate naming protocols and overall communication of innovation, advanced technology, reliability and performance benefits.

Utilised in part in joint venture initiatives with major resource holders and national oil companies, Shell WellVantage is to be deployed across an extensive variety of target markets on a near worldwide basis. 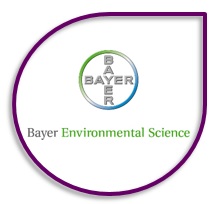 Purple Fire undertook both external and internal interviews with appropriate respondents to determine brand perceptions of 3 established brands within the Pest Control market.

Purple Fire conducted a combination of online and telephone interviews to provide a detailed marketplace overview as well as relevant insights into requirements, expectations and perceptions of in-use terminology.

The results provided Bayer with a strong basis from which to identify key messages and positioning to reinforce their existing heritage while propelling the brands forward and enhancing their longevity in this competitive market. 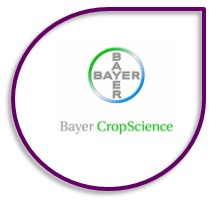 With a portfolio of long-established heritage brands and proliferating product development, Purple Fire collaborated with BCS to assess their brand architecture and create a platform to better manage, and ultimately streamline, the name creation process.

Who we work with

Purple Fire have partnered with many of the world’s pre-eminent brand owners to create, shape and build meaningfully differentiated brand strategies and identities across a broad range of product categories.