THE UNIVERSAL LANGUAGE OF BRANDS

In today’s world of near-instant digital interconnectedness and heightened awareness, “glocalisation” truly has become the creed by which all businesses need to abide by. However, there are but a few communication tools that function better as a universal lingua franca than multi-market brands, and their accompanying names.

Brand names are the true globe-trotting, “one market” ambassadors of today, conveying consistency of message and promises of quality across numerous geographic and language borders, communicating appeal, intrigue and invitation. Therefore the task of creating brand names that unite nations and their peoples in common aspiration but is creatively expressive and aesthetically valuable is no easy task.

Creating the all-encompassing brand name that is creative and inspirational while being legally available, encodes your brand messages to your target audience and translates well to different country markets would be manna from the Gods to any brand manager. The reality of ever increasing trademark registers and growing market sectors that include new territories that were previously side-lined means brand name creation should not be relegated to a creative session over a glass of red wine at your local wine bar as it has many borders to cross and unite. Therefore linguistic stability and acceptability of prospective names in the target market languages of interest should be considered a requisite undertaking in line with trademark availability and market research.

In so doing, be sure to check name candidates with native-speaking linguists that are based in-country. Language is a living, breathing phenomenon that grows fluidly and develops organically so ex-pat speakers may be unaware of the latest slang or street argot evolving back home. Country-specific changes in culture, the apparition of competitor brands and new linguistic conventions may also be lost to those not on the ground.

Although, typically, linguistic analysis of potential brand names created by a reputable brand naming agency does not lead to more than a 15-20% fallout rate, it is a definitively crucial component of any serious brand development exercise. The time and money invested in an even fundamental language check is relatively miniscule in comparison to the possible cost, measured in both fiscal and reputational currency, of a brand recall due to linguistic or cultural problems. 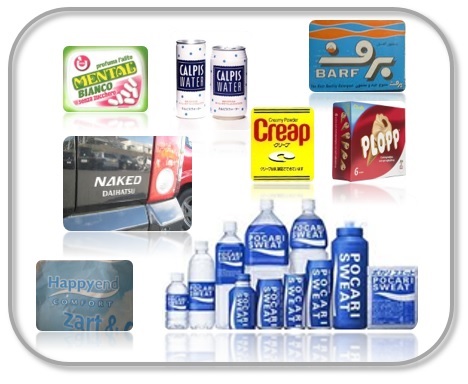 Much is made of seemingly bizarre brand names that may be encountered when holidaying overseas. Hilarity ensues when you meet Plopp cho colate in Scandinavia, Mental breath fresheners in Italy, Happy End toilet paper in Germany or even Barf detergent in the Middle East.Japan is certainly a fertile breeding ground for such brands – rehydration drinks Calpis Water and Pocari Sweat are both extremely delicious and very popular. Powdered coffee creamer Creap also sells well. Daihatsu markets a car called Naked and Mazda’s Bongo is well-known. Risible though such names certainly are to native English speakers, does it really matter for domestic marketers that their brands’ names may be vulnerable to ridicule outside their country’s borders? No, probably not, most especially if sales are unaffected and there are no plans to expand into other markets.

When not in Rome

However, beware complacency in assuming that names that look and sound great when rendered in Roman script will be as smoothly accepted in languages that employ other writing systems or syllabaries. 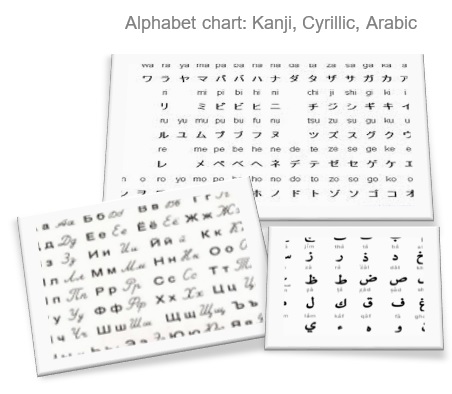 One in five inhabitants of the planet speak Chinese, and Russian – Arabic, Japanese and Hindi-Urdu also feature within the world’s ten most spoken languages by population. It can be challenging for the uninitiated to fully grasp the complexities of how an English alphabet name may be transliterated, either phonetically or otherwise, into a selection of tonal varieties in Mandarin, for example, or indeed how a potential candidate may end up looking and sounding in Cyrillic. Bear in mind too that not all Roman alphabet languages use all 26 letters found in English.

Multiple markets: It is clear that names that are sound in one market, or language, may not work in others. Famous examples of original names that have required to be amended due to language problems include, from the automotive world, Rolls-Royce’s Silver Mist (changed to Silver Shadow thanks to unfortunate associations around mist in German), Mitsubishi’s Pajero is Montero in Spanish-speaking markets due to pejorative connotations, Ford’s Pinto provoked denigrating ideas for Portuguese speakers and, myth or not and most celebrated of all, Chevrolet’s Nova purportedly ‘wouldn’t go’ in the Latin American region.

Semantic coherence: Even if a brand name candidate is not explicitly offensive in a target language (sexual and/or religious connotations are top of the list) it may evoke ideas that are either inappropriate or cause native speakers to simply feel it’s ‘just not right’. Unbeknownst to the majority of English users is the inauspicious nature of the numeral 4 in Asian cultures. In both Chinese and Japanese, the sound of the word ‘four’ is very close, if not exactly the same, to that for ‘death’. Indeed, in Japan and China you may find multi-storey buildings without a fourth floor. Such cultural discrepancies may only be revealed when linguists are encouraged to analyse potential brand names in the context of their native mindset.

Even in a brand’s home market linguistic naming pitfalls can abound. In the late ‘90s Reebok notoriously tripped up when launching a brand of sneakers aimed at female consumers under the inadvertently counter-intuitive name Incubus – a mythical demon which, it transpired, would sexually violate women as they slept. In the UK, prior to planned overseas expansion, The Post Office temporarily re-named itself Consignia – without realising perhaps the negative and common coupling of ‘consign’ with phrases such as “…..to the rubbish bin” and “…..to history”. Thankfully the company reverted to the more orthodox Royal Mail plc. Much scandal too, especially across the web, around the US franchise Kids Exchange which fails on a variety of different levels. And shame for the US makers of pharmaceutical product Diuril who successfully managed to embed a diuretic association to their product’s name but may unwittingly have also issued a subliminal imperative to their hypertension-suffering target group.

Brands, and big brands especially, are today the subject of infinite end-user scrutiny and rightly so since multinational manufacturers are always keen to make their ethical credentials known – environmental and ecological virtues are must-haves under the overall banner of Corporate Social Responsibility. Such responsibility of course also extends to understanding the cultural and linguistic sensibilities of their consumers and selecting brand name candidates accordingly.